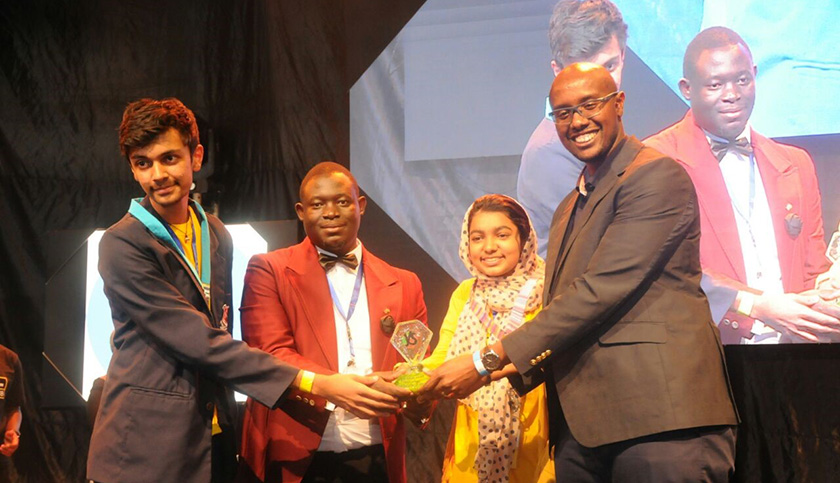 Young Scientist Kenya is a National Science and Technology Competition that aims to make STEM (Science, Technology, Engineering and Mathematics) accessible to all the students. It involves students with the help of their teachers submitting their research projects and prototypes in four scientific categories.

Kisumu Senior Academy had two projects selected among other 86 projects from 80 schools in the country to participate in the first young scientist Kenya Competition held in KICC, Nairobi from 4th to 7th July 2018. The school was represented by four students and Mr. Calvine Oruko the Teacher In-charge.

Their research showed that most handicap equipment costs for around $750 while all they had invented costed for just Ksh.2500. You’re wondering what it might be right?.. Well, i called it the “intelligent slipper” but its true name is the KADUNDA FOOT MOUSE..

Danit Sokhi and Krish Movalya presented in the social and behavioral sciences category, their project was simple deflouridation of borehole drinking water for the rural with aims at reducing the effects of dental fluorosis caused by consumption of high fluoride ions in borehole drinking water. They made a machine that chemically absorbs fluoride ions through ionic exchange.

Aryan Panchmatia and Nadia Ahmed had a project in Technology category titled Kadunda Foot Mouse. They designed a mouse that is adaptive to people who are hand challenged. The target of their project is the digitization of education in Kenya which cannot be achieved in special schools without assistive technologies which are friendly and adaptive to the learners who are hand challenged. In this project, they have made a foot mouse in form of an open shoe which is operated by the feet. They have also installed speech recognition software which allows automatic typing by speech without the use of hands.

All the two projects from Kisumu Senior Academy got a special recognition by the President, Uhuru Kenyatta. 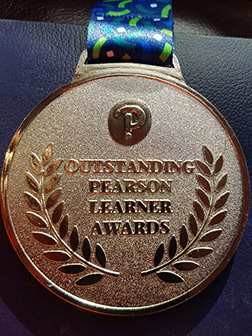 Every Student is an Achiever, a valued Learner and a responsible Citizen

Based in Kisumu, Kisumu Education Society School’s are co-educational, offering the British System of Education to a multinational student body of varied academic ability. Our main Mission is to Teach all Students to lead a fulfilling and productive life in a rapidly changing and complex global society.

About Us
Events
News
Admission
Facebook
School Fees
Our Snapshot